An English-speaker friend of mine expressing her frustrations with trying to learn languages with grammatical gender:

"English may be three languages in a trenchcoat going through other languages' pockets for spare grammar, but at least I don't have to try and remember whether those pockets are girl pockets or boy pockets."

The comment thread has gotten really long and random after this, but my favorite bit of it is someone saying, apropos of nothing, "I don't think Japanese has got genders, but it has things we've never heard of."

It makes me laugh so much.

@error_1202 very occasionally, native German speakers will forget the grammatical gender of a word and just go "dhmmnh" instead of the proper article. no one talks about it but it's true

@error_1202 in language as in adult life, everyone's just faking it till they make it.

@anarchiv Nothing has shown me the truth of this like being a linguistics student :)

@error_1202 Since this thread is getting boosted a lot today for some reason:
There is also the other option where people will *very confidently* choose an article and *insist* it's the right one. OR, if they're feeling cheeky about it, they just go "derdiedas [noun]"

@anarchiv @error_1202 I do this literally always when speaking my minimal amounts of German.

@anarchiv Is it actualy the grammar gender, or the declension (identifying the right case) the issue here ?

@im @error_1202
for native speakers, the declension tends to be quite intuitive. it's mostly the gender.

@anarchiv That's what I'm not sure, having talked about this with native speakers, that are also German teachers.

I mean, most of the time, there's no difficulties for native speakers, but in some special cases, there are.

On the contrary, compared to French, the grammar gender in most of cases are not so difficult to get based on the end of the word, there are not so much exceptions.

But I'm not a specialist.

Classic examples include using the dative case instead of the genitive after "wegen" (because [of]). It's a lithmus test for class, too.

@alva hehe, yep. or a Thinglein.

@anarchiv @error_1202 Russian has three genders and no articles for them. When I first started learning English back in high school, it was painful. :)

@anarchiv @error_1202
when I'm not sure, I use the Dutch "de". who cares if people notice I'm Dutch. it saves me lots of frustration and I still communicated what I wanted

@StroomAfwaarts @error_1202
I tend to do the same except in my case it's borrowed from Low German :)

@error_1202 Time to learn Swedish, which has four genders but where only the two neutral ones are really used.

Also, the two neutral ones are random making it very hard to learn when to use which. Grammatical gender really serves no purpose in Swedish but it sure makes it harder to learn.
0
Jul 18, 2020, 09:52

@zigg That's part of the reason I love this metaphor so much :)

After your comment about the thread getting long, I find this visualisation helps.

It does have things that don't exist in English.

I'm not sure if Hungarian or the Sami languages all have the partitive case, but Finnish and Estonian do. It's used for saying 'an unknown amount.' "Maitoa" = "some milk." "Maito" = "the milk."

After a point you just sort of ... learn these things and don't try to figure out how it works in other languages, because ... it doesn't (:

So yeah, tell your friend that this is definitely the case for Finnish.

(Finnish also has the advantage that the pronunciation is constant, unlike English "What random sound will this symbol make THIS time" pronunciation. English is a HORRIBLE language. It's fascinating that it's so incredibly bad and people keep using it... I blame politics (: ) 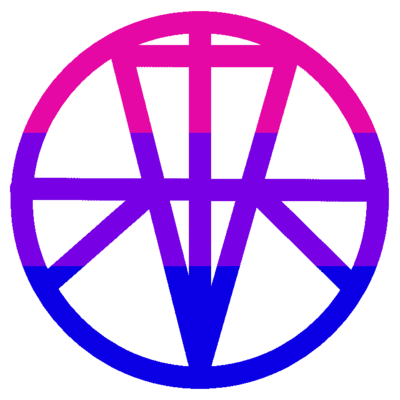 @error_1202 I remember thinking that germanic languages would be better because they had no gender like english...

@error_1202 Spanish drove my nonbinary ass insane when I had to learn it for school :D

@error_1202
I wonder where and when in the history of language someone said "hey, I have a fantastic idea! let's assign words a gender, without any logic, so language learners will suffer for millenia to come".
I also wonder why this sadist wasn't beheaded, chopped into tiny pieces, burned and thrown into the ocean.

@StroomAfwaarts @error_1202 sadly, because it was a lot of people, probably little girls, as they are always the most innovative of any society